It’s shaping up to be a big weekend in the Harbor.

Whether you want to look at classic boats, get your hands dirty cleaning up downtown, or just spend an afternoon sampling Northwest brews, you should be able to find something to occupy your time.

Read on for more Harbor Happenings.

Between 1,500 and 2,000 people are expected to attend the 11th annual Gig Harbor Beer Festival in the Uptown Gig Harbor complex from noon until 5p.m. Saturday, May 14.

The event is the big annual fundraiser for the Gig Harbor Kiwanis Club. John Forsberg of Gig Harbor Brewing, who organizes the event with the Kiwanians, expects 16 to 18 breweries to participate.

“The crowds always seem to have a really great time,” Forsberg said. “We’ve always lucked out on the weather.”

A warning: No food is sold inside the festival. Forsberg advises people to eat before hand or visit one of the many Uptown restaurants and bring food in with them.

Tickets cost $32 and come with 10 tokens that can be redeemed for beer samples. Attendees will also receive a program and a commemorative 10-ounce pilsner cup while supplies last. About 100 tickets are expected to be available at the gate for those who didn’t buy in advance.

Local bands Kristen Marlo, My Guilty Pleasure and The Profits will perform during the festival.

The event is at the Uptown Gig Harbor Pavilion, 4701 Point Fosdick Drive.

Gigging Up the Harbor

The Downtown Waterfront Alliance’s annual downtown cleanup, Gigging Up the Harbor, is set for 9 a.m. to noon Saturday, May 14. On the agenda: sweeping, weeding, planting flower beds and more.

More than 70 volunteers participated in the event the last time it was held, in pre-Covid 2019.

Volunteers should meet at Skansie Brothers Park at 9 a.m. They will reconvene at noon for lunch, provided by area restaurants.

If you join them, remember to bring your own tools, including gloves, shovels, rakes and the like.

The event, like many others, is returning after a two-year pandemic hiatus. Six to 10 boats, some made as long ago as the 1920s, typically appear for the show. All are welcome on the dock to check out classic boats, but the Tides itself is 21-and-over only. 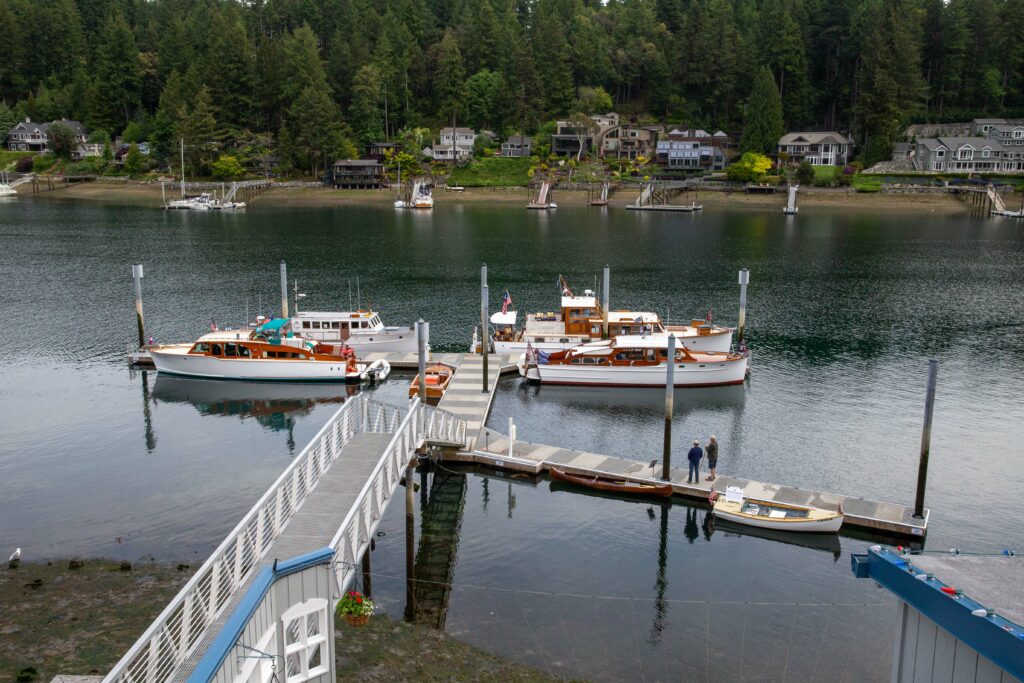 More than 60 students are involved in the production. It is Peninsula’s first stage production at full capacity post-Covid.

Tickets cost $15 for adults and $10 or $5 for students depending on age. Buy tickets here.