Some staffing gaps remain, however. If you’ve ever thought about working as a bus driver or paraeducator, now would be a great time to apply. And the district is still looking for substitute teachers.

“We’re not in the dire situation that we were last year, looking for teaching staff to join us,” said district spokeswoman Aimee Gordon. “We can always use subs.”

The first day of class for most Peninsula School District students is Wednesday, Aug. 31. Kindergartners start school on Sept. 6.

Class sizes back to normal

The fact that fewer teachers are needed this year, as the teacher-to-student ratio returns to a normal level, worked in the district’s favor, Gordon said.

The district handled the reduction through attrition. Between 20 and 30 teaching positions were left vacant.

“Compared to last year, our staffing is tighter this fall,” Gordon said. “Smaller class loads (last year) resulted in needing more staff. Throughout the year we carefully watched these positions and as they were vacated, we did not fill them.”

The new contract, signed in late June, comes with a 5.5% raise for teachers.

The new contract has given the district more hiring power regionally, Gordon said. Teachers are more likely to stick around.

“Being competitive makes a huge difference in attracting and retaining teachers,” she said. “During our last bargain, the district and the union did comparables — we looked at things like class loads and pay — to ensure we are aligned with neighboring districts. This is a normal practice while in negotiations.”

While the district has adequate teachers, paraeducators are in short supply. That’s especially true of paraeducators in special education.

This is not new, said Dan Dizon, the district’s new human resources director. Historically and nationwide, schools confront a lack of employees qualified and able to fill vital roles supporting teachers in the classroom.

Dizon says he sees potential to fill those positions from within the student body: Students  who are enrolled in Career & Technical Education classes exploring careers in education.

From there, Dizon said, he’d like to make it easier for paraeducators to become certified teachers. Taking time off to study and pursue additional certification is difficult, he said. The district can do more to support employees seeking to advance their careers, Dizon said.

He also touted a staff wellness initiative spearheaded by the Peninsula Education Association, which received a grant from the National Education Association. The grant will lead to changes that impact teachers and other staff, Dizon said. The union and district administrators are collaborating to improve the district’s culture surrounding wellness.

“I will tell you the best recruitment tool is to retain the people that you currently have,” Dizon said. “So, making sure that we take a look at the wellness of our current staff and seeing how we can continue to make this a great place for them to work also reflects on supporting our students and families.”

As with paraeducators, the lack of bus drivers is a pervasive, nationwide problem.

Last year, driver shortages exacerbated by the pandemic forced the district to consolidate routes. Some students had a longer walk or parental drive to the bus stop.

This year, that trend has continued, even though the pandemic is no longer at play. A couple more routes were consolidated despite reductions in social distancing.

“Every route has a contracted driver, we just don’t have a lot of subs at this point,” said Transportation Director Dawnett Wright, also new to the district.

She advised parents to check the district’s website for any route changes that may affect their children. 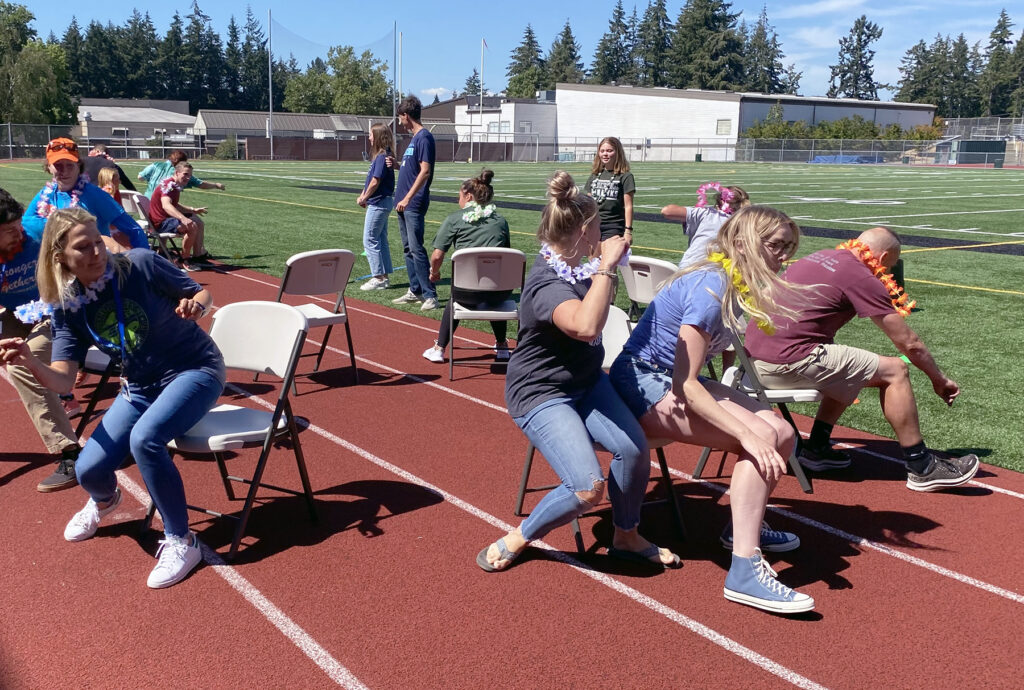 While regular routes are fully staffed, the shortage is putting a bind on sports and activities transportation. The district is seeking substitute drivers to fill that need and give the department some cushion for sick days and other driver absences.

“Just like every other school district in the state, and frankly in the nation, we’re feeling the pinch of the national school bus driver shortage,” Wright said. “With our attrition this year, we’ve got just enough bus drivers to take care of the people who retired. So, while we have each route filled at this point, that’s due largely in part to us being able to collapse a couple of routes and then still being able to maintain a couple of subs on hand, but we could really use more.”

The district on Friday held a driver recruitment event which yielded a couple of folks interested, but more driver subs are needed, Wright said.

The district pays for driver training, a value of about $5,000. Those who complete the training earn a Class B Commercial Driver’s License with a passenger endorsement and air brake endorsement.

Applicants must be 25 years or older, or have held a regular driver’s license for five years, have a clean driving record and pass a drug and alcohol test.

Other positions within the transportation department are adequately staffed at this time.

“Currently we are doing okay with our dispatchers, our routers and our mechanics,” Wright said.