New turf field ready for use at Sehmel Homestead Park

The new turf soccer field at Sehmel Homestead Park will be dedicated in a ceremony Friday afternoon.

But the $948,000 surface already has hosted its first major event. The Harbor Soccer Club’s Tyee Cup, which included 150 youth teams, was contested in part on Sehmel’s new carpet.

Installation was mostly complete last week, ahead of the Aug. 12-14 Tyee Cup. Peninsula Metropolitan Parks District is adding some finishing touches before the ceremony, scheduled for 4 to 5 p.m. Friday, Aug. 19. 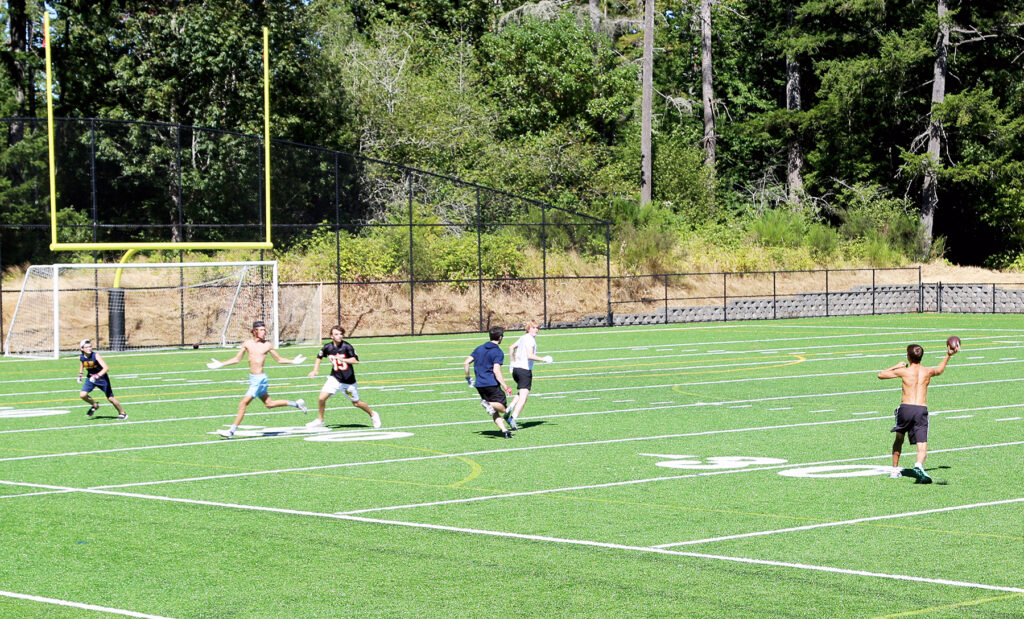 A pickup football game on the new turf at the multiuse field at Sehmel Homestead Park. The new turf will be formally dedicated during a ceremony on Friday, Aug. 19. Vince Dice

The old turf at Sehmel, at 12 years old, was approaching the end of its expected service life. Industry publications say heavily used turf fields like Sehmel’s typically last 8 to 10 years.

The old turf also developed some drainage problems, according to Denis Ryan, PenMet’s director of parks services. During the long rainy season, water tended to pool up in the middle of the field.

An improved sub-turf drainage system, with tile and pipes below the surface, should alleviate that problem. 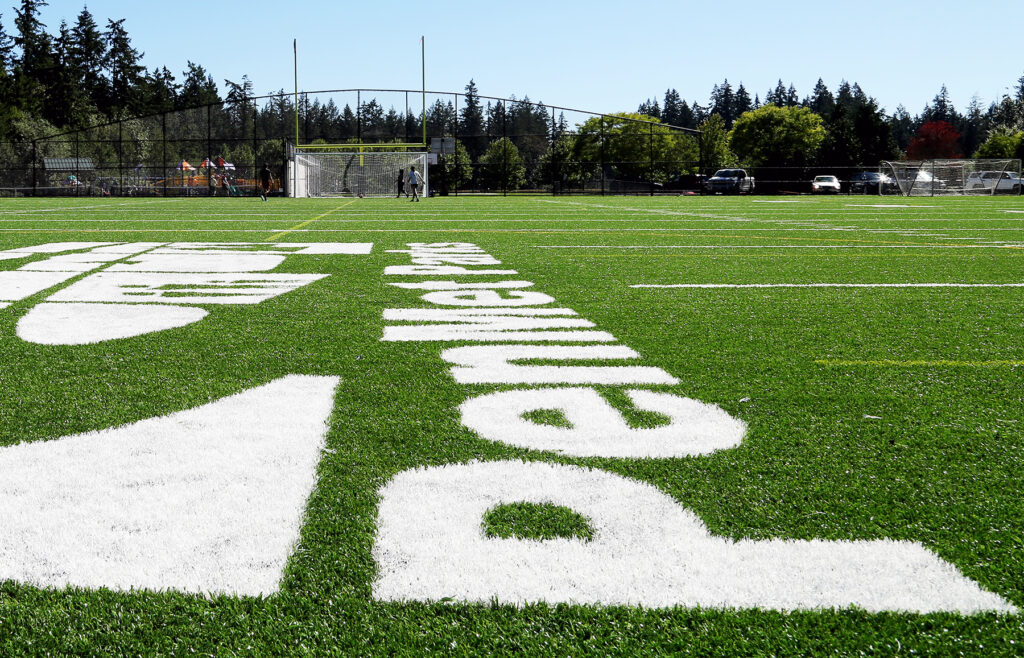 The surface is an AstroTurf product called 3D3. It’s the same product used at the University of Washington’s Husky Stadium. PenMet consulted with a UW assistant athletic director before moving forward with the product.

Construction started up this spring and wrapped up in time for last weekend’s tournament.

PenMet participated in a national cooperative purchasing agreement, allowing the local parks district to band together with other buyers to get a bulk price. That allowed PenMet to obtain a higher-grade turf than it might have otherwise.

“It’s going to have good ball play. The roll is going to be spectacular,” he said.

Lacrosse, football and soccer teams are common users of the multipurpose field.

A sign outside the multiuse field at Sehmel Homestead Park. Vince Dice