Posted on August 11th, 2022 By: Charlee Glock-Jackson
Share this article:

Interrupted briefly by thunder and lightning, Gig Harbor’s newest artwork was installed Wednesday at the water’s edge in Austin Park at txʷaalqəł Estuary.

The carved cedar figure, called “Our Fisherman, Our Guardian,” depicts a Native American holding a large salmon, flanked by a canoe on each side.

Artist Guy Capoeman scrubs “Our Fisherman, Our Guardian” while his son, Cecil, sprays the sculpture.

It stands 15-feet tall and looks out over the bay as if to welcome people to the shore.

Quinault artist Guy Capoeman created the carving to honor the original inhabitants of Gig Harbor, the sx̌ʷəbabš band of the Puyallup Tribe. The sx̌ʷəbabš had a village at the site.

The public works crew used a large crane and a cherry picker to erect the statue. Capoeman’s 27-year old son, Cecil, helped with the carving, installation and cleaning of the figure.

Artist Guy Capoeman, left, and his son Cecil with “Our Fisherman, Our Guardian.” Charlee Glock-Jackson

“He’s a really good carver,” the elder Capoeman said. “He can do it all.”

Gary Williamson of Gig Harbor led a group of area residents who commissioned the work. Funding was provided by the city’s arts commission, the Kiwanis Foundation and the tribe.

After giving the artwork a thorough washing, the crew wrapped it in a grey tarp. A public ceremony for formally unveiling the carving is planned for later this month or in early September. Members of the Puyallup Tribe will lead the ceremony. 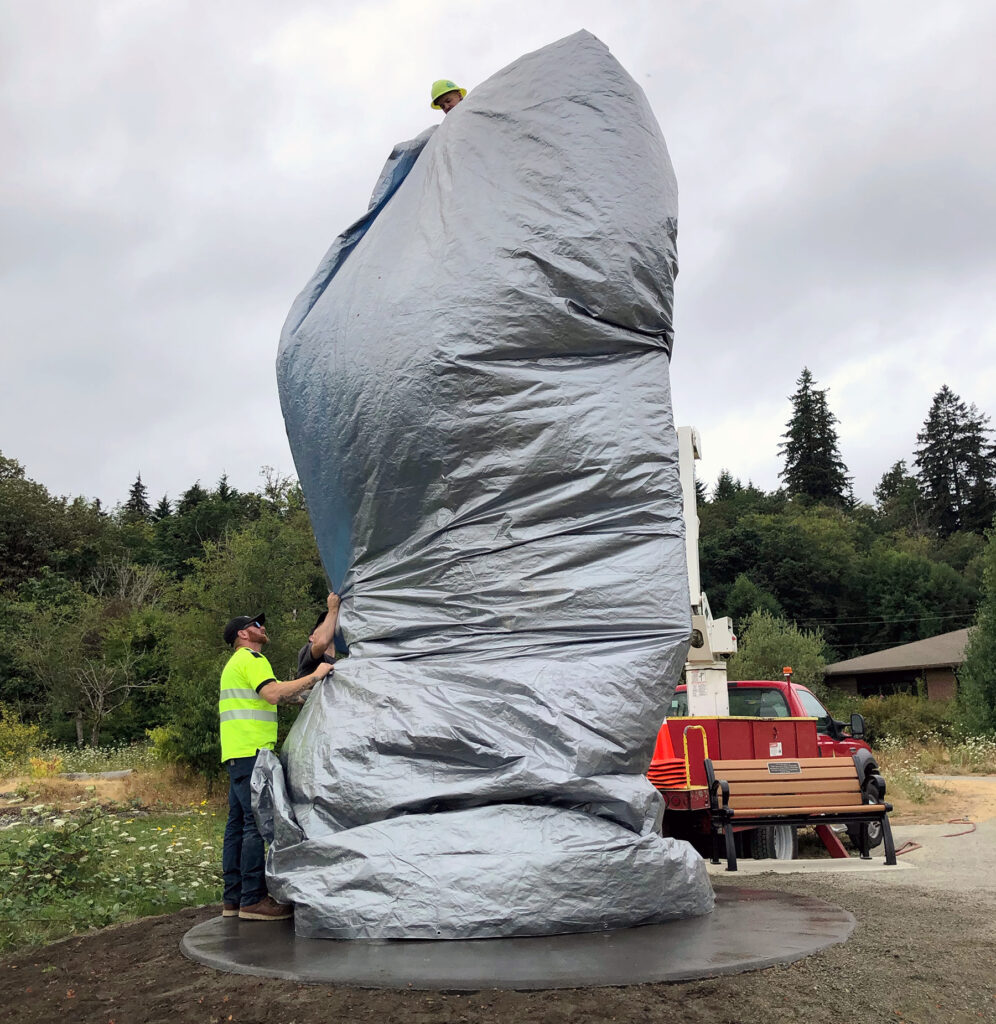