Posted on January 12th, 2022 By: Ed Friedrich
Share this article:

Few questions were asked and fewer answered during a public meeting to discuss widening county road right-of-way in Kopachuck State Park as a condition of renovating the park.

To obtain a building permit for the project, State Parks must provide Pierce County with the option to widen roads in and along Kopacuck to offset increased traffic the county expects to be generated by the improvements.

At a virtual meeting Tuesday, participants typed about a dozen questions and comments. Their names weren’t visible or stated. Ken Graham, property acquisition specialist for State Parks, responded as best he could, but some topics were outside of his expertise or were better directed at the county.

Two commenters said they see the county requirement as a land grab.

A homeowner on 106th Avenue said they opposed adding more right-of-way. Another person asked how 106th would be impacted by the renovation because it isn’t used by park visitors. It cuts through the park, but is basically a dirt driveway to a few homes. There would be no additional vehicle trips. It’s 12 feet wide now. Why would the county need a 60-foot right-of-way? 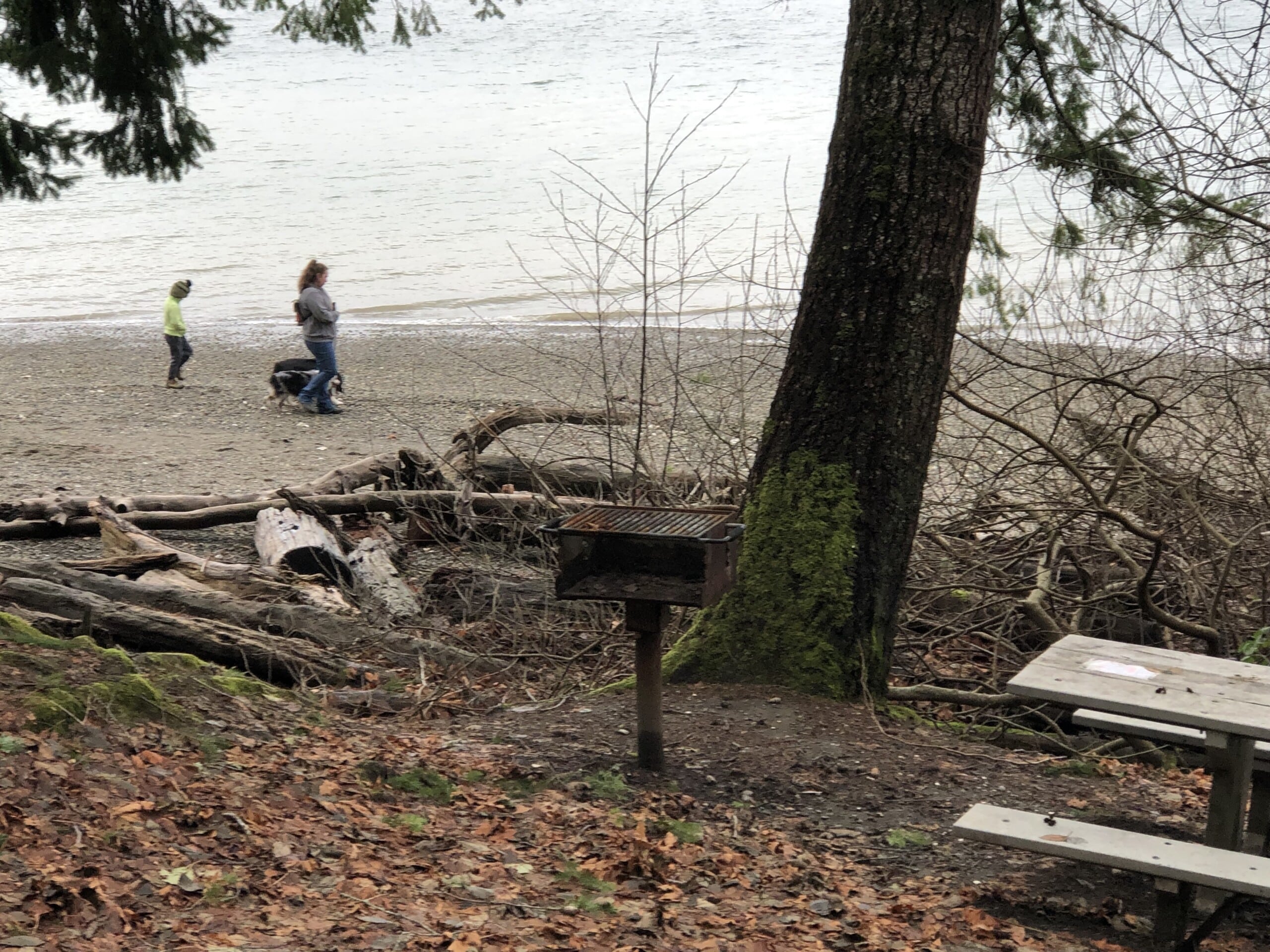 Graham said he was told that people park there when the park gets busy, but he doesn’t know why the county wants more width. State Parks inherited the existing 40-foot right-of-way long ago when the property was transferred from the Department of Natural Resources, he said.

Widening 56th Street would require cutting down mature trees that survived the laminated root rot that infected many Douglas firs and resulted in closing the campground in 2011 for safety reasons, and uprooting replanted areas, a participant said.

Is there precedence for such right-of-way transfers? another asked. State Parks is giving property at the new Nisqually State Park in Eatonville to the Department of Transportation for a roundabout, Graham said.

Will the project be stopped if right-of-way isn’t ceded? Graham said the property transfer is a condition of receiving a permit, but he doesn’t “know for a fact” that not granting it would halt the renovation.

Why does the county want 5 feet more on one side of Kopachuck Drive? “I think the additional 5 feet may be the intent to
have sidewalks someday,” Graham said. “The elementary school and middle school are across the street, so sidewalks would probably be good.”

Elaborate more on road construction. The county has no plans now for road construction. It does have a map that shows deficient roads. “They’ve identified these areas and we happen to fall in one of them and have a project that could possibly add more visitors to our park,” Graham said. 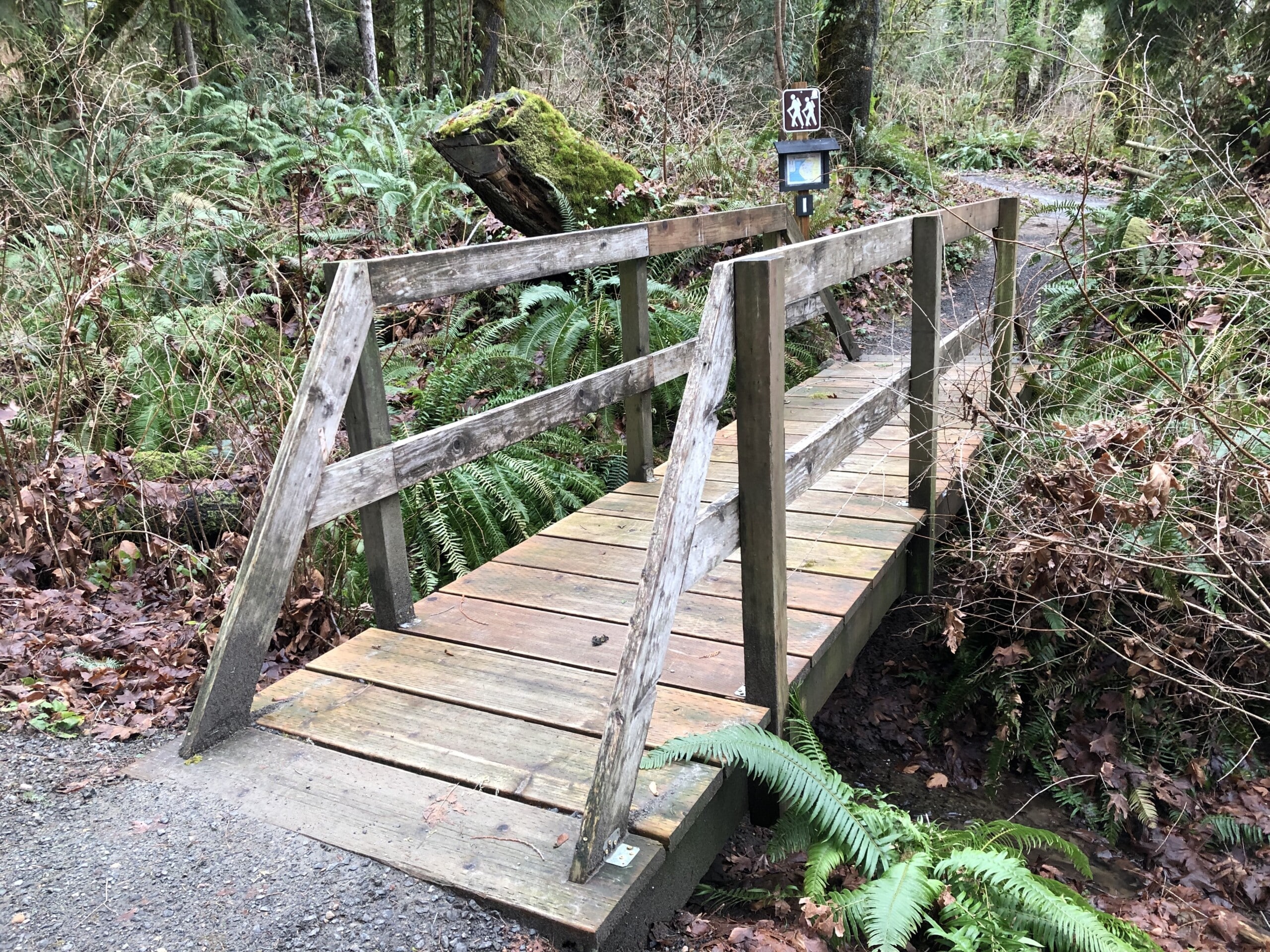 How will the park’s additional activities be addressed so they don’t create a nuisance for neighbors? That would be handled by the rangers and sheriff’s deputies, Graham said.

What is the plan for what had been the campground? How many trees have fallen? Is it going to be reforested? A lot of state parks are receiving forest health money, Graham said. He doesn’t believe any reforestation has occurred there. State Parks has a forester who could answer those questions.

Will the county ensure better maintenance of the roads? “I would hope so,” Graham said. “I don’t know the answer to that, either.”

Will liquor be allowed at events? Graham said he didn’t know, but he believes State Parks has a legal right to sell beer through concessionaires.

Questions ran out after 20 minutes. They can still be submitted to landprog@parks.wa.gov or P.O. Box 42650, Olympia, WA 98504-2650. Parks commissioners will review the input before making a decision whether to transfer the property at their April 14 meeting at Columbia Pacific Heritage Museum in Ilwaco.

Kopachuck State Park is a 280-acre, day-use park with 5,600 feet of shoreline on Carr Inlet, 6 miles west of downtown Gig Harbor. It features an upper wooded area with picnic tables and hiking trails. The beach is popular for wading, shellfish gathering and sunset watching.

After the campground was closed, the state re-envisioned Kopachuck as a day-use-only park, and developed a master plan with much public involvement in 2014. The upper park plan includes a welcome center and lodgelike multipurpose building with adjacent ADA-compliant picnic area, amphitheater and play area. At the beach, plans include an ADA-compliant walkway, stairs, non-motorized boat launching and water trail camping.

The Legislature provided $5.5 million for the project in the 2017-19 capital budget. Because of delays in permitting, required redesign and inflation, that won’t be enough, so there’s another $2.1 million in this year’s proposed supplemental budget.

It’s now in the final stages of design and permitting, Graham said. Once the state receives the funding and settles the road issue, construction can begin and the park will close. The park is expected to reopen in Summer 2023.