Posted on April 21st, 2022 By: Dennis Browne
Share this article:

The Peninsula baseball team faced the Capital Cougars on Tuesday, April 19, in an important game at  picturesque Sehmel Park in Gig Harbor. The contest was the first of a two-game series between the top teams in the South Sound Conference.

Peninsula started the day with a two-game lead on Capital, but their margin was trimmed by a 4-2 loss to the Cougars.

Grayson Ford was on the hill for the Seahawks and has had an impressive start to the season, sporting a low ERA and a high strikeout-to-walk ratio. Nevertheless, the Cougars jumped out to a 1-0 lead in the first inning.

The sophomore pitcher shook off the early run and calmly took care of the Cougars during a scoreless second inning on an effective assortment of quality pitches. Peninsula, meanwhile, was hitting the ball hard but right at defenders. 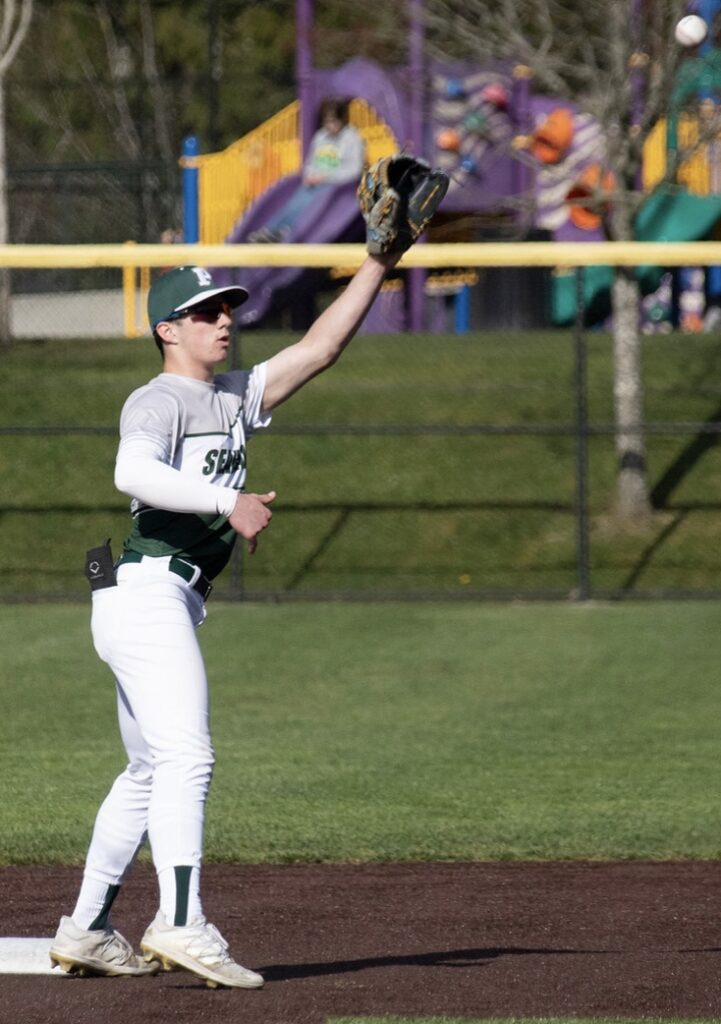 Second baseman Ben King reaches for a ball to force out a runner trying to advance.

Ford had some control issues in the third inning, walking three batters. With two outs and the bases loaded, Ford got a Capitol batter to hit a hard two-hop grounder to shortstop Payton Knowles. Knowles backhanded the ball and fired a strike to first baseman Duren Miller to keep the game 1-0.

Capitol pushed the lead to 4-0 in the fourth inning before senior Hunter Bennett took the mound and ended the Cougars’ rally with a strikeout.

The Seahawks manufactured a run as Knowles singled up the middle for a single, stole second base and took third on a balk. Miller drove him in with a deep drive to left.

Bennett continued to keep his team in the game, firing strikes and benefitting from a nifty play from Deschenes at the hot corner. Peninsula remained down only three runs with three innings left to play. 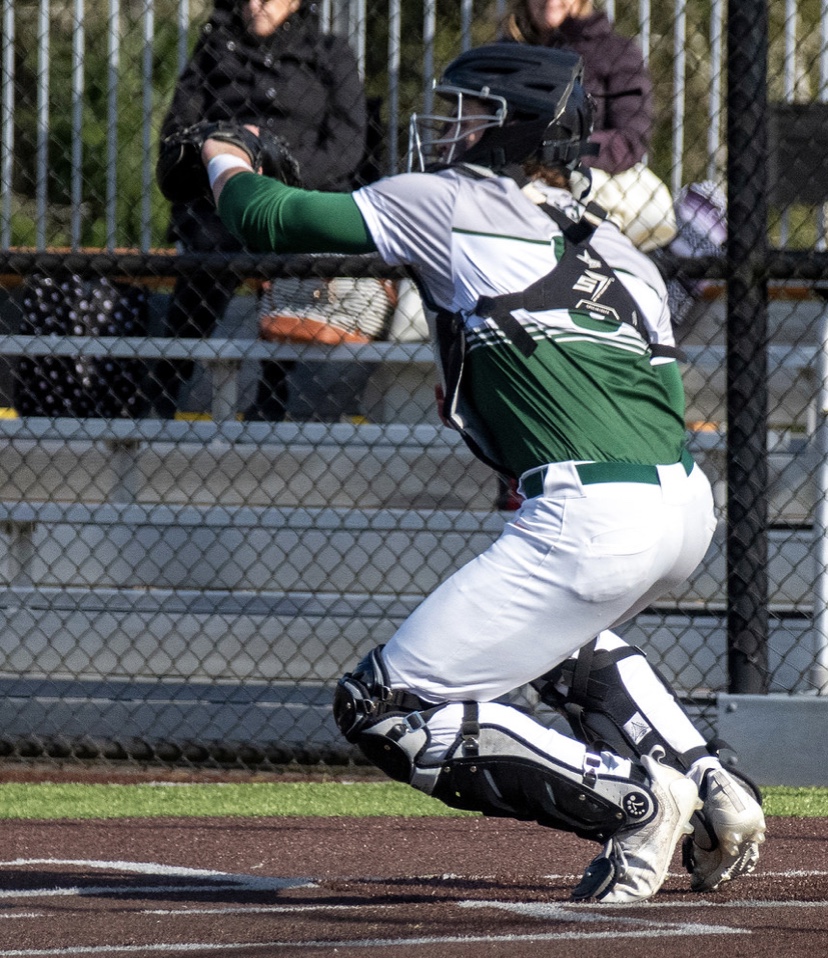 Duren Miller is a jack of all trades for the Seahawks as he plays first base, catcher and is one of the leading hitters on the team.

Peninsula’s best chance to pull ahead happened in the next inning, as Deschenes hit a drive just past the first baseman and Knowles followed with a sawed-off pop up just out of the reach of the second baseman.

A double steal put two runners in scoring position, then Troy Buchanan walked to load the bases with two outs. But the Seahawks grounded into a force-out at third, ending the threat.

The win brought Capital (9-7, 7-4 SSC) within one game of Peninsula (11-5, 8-3) for the South Sound Conference lead. The two teams played again Wednesday afternoon. Look for a report on the rematch in this Friday’s edition of The Sports Beat.