Nascent Bujacich Road industrial area developing from outside in

Drivers detouring around downtown construction might be wondering about the area they’re passing through west of Highway 16. The 180 acres straddling a stretch of Bujacich Road is Gig Harbor’s largest industrial area. Much of the land remains raw, though development has picked up. 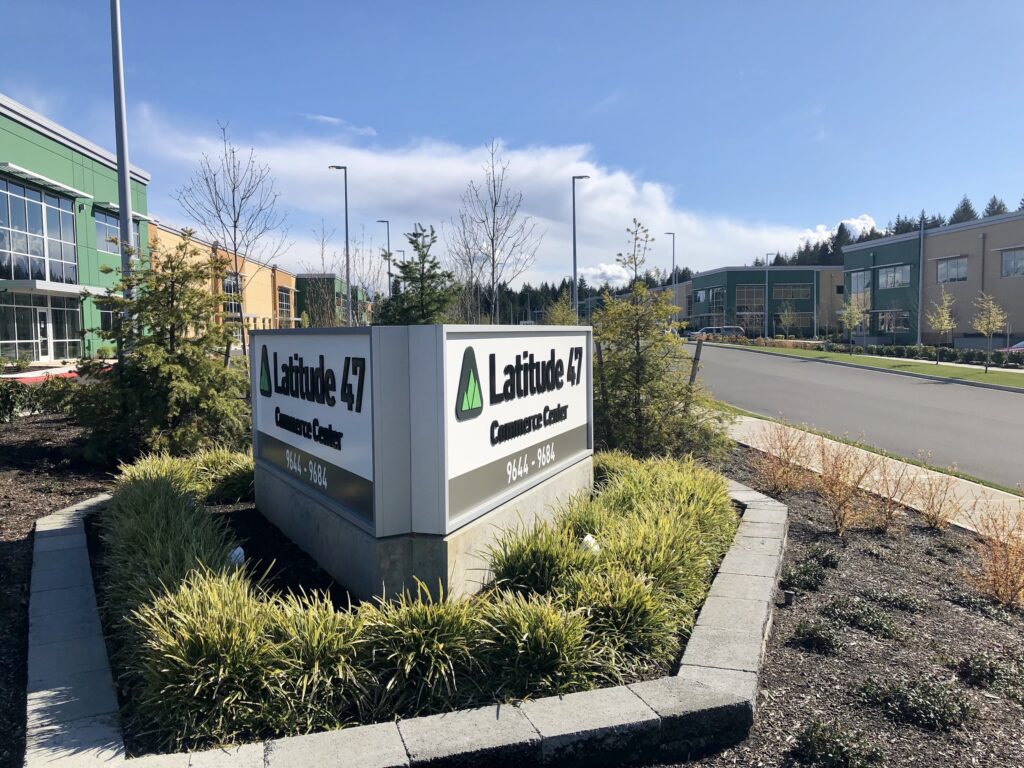 “The employment district is intended to enhance our economic base and provide an area suitable for our employment needs, hopefully living-wage jobs in manufacturing, processing, assembly and warehousing,” said Gig Harbor Community Development Director Katrina Knutson. “ … Some of the benefits are having living-wage jobs near to where people live, shorter commute times and reduction of greenhouse gases.”

“Those are the kind of uses you don’t want in retail and residential zones,” said Derek Young, who served on the Gig Harbor City Council from 1998 to 2013 and is capping an eight-year run on the Pierce County Council. “It’s an area where if you’ve got to put it somewhere, this is a good spot. We’re not talking smokestacks here (the height limit is 35 feet), but it can cause some noise.” 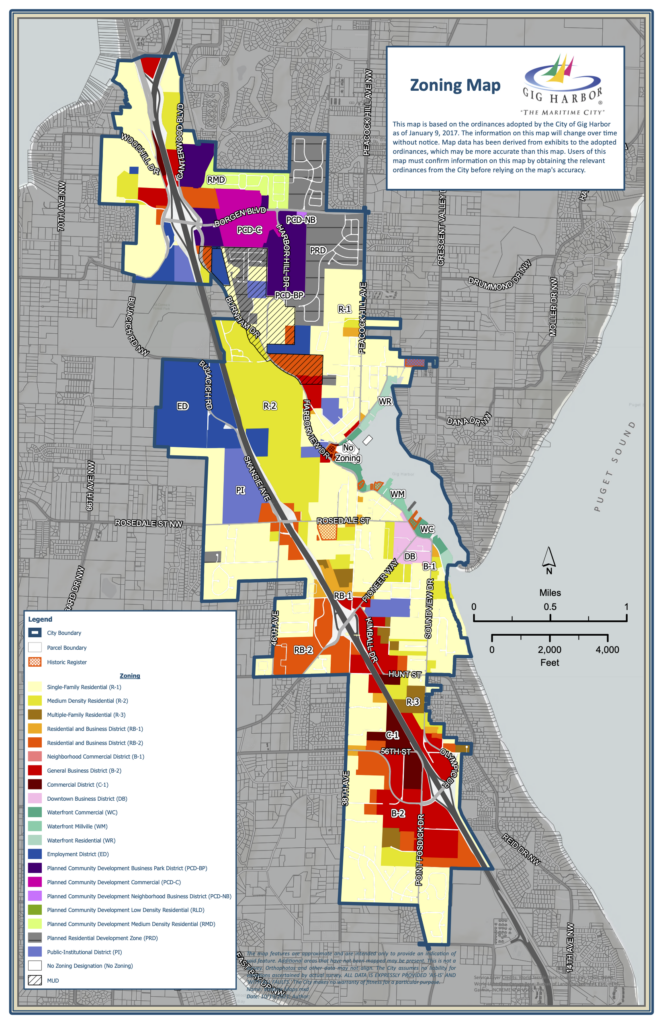 The Bujacich employment district is the large blue area one-third of the way down on the left of the zoning map. Map courtesy of city of Gig Harbor

History of the area

When the women’s prison opened in 1971, there were no improved streets in the area. Access was — dangerously — directly from the highway, along which signs cautioned travelers not to pick up hitchhikers (possible escapees).

Bujacich Road was constructed from Rosedale Street to Sehmel Drive in 1990 or 1991, said Gig Harbor Public Works Director Jeff Langhelm. Though the city didn’t annex most of the property until 2004, Pierce County had already designated it as an employment center in 2002 through adoption of the Gig Harbor Peninsula Community Plan, according to Pierce County Principal Policy Analyst Hugh Taylor.

“We were making sure we had some access to jobs on our side of the bridge,” Young said. “You don’t want an economy based entirely on being a bedroom community.”

City utilities are available at both ends of the industrial area, but not in the middle. Thus most development has and is occurring there.

At the north, across from the prison, the massive Latitude 47 Commerce Center was completed last year. The 38-acre industrial/business park totals 320,000 square feet across 38 acres to serve manufacturing, assembly and distribution companies. 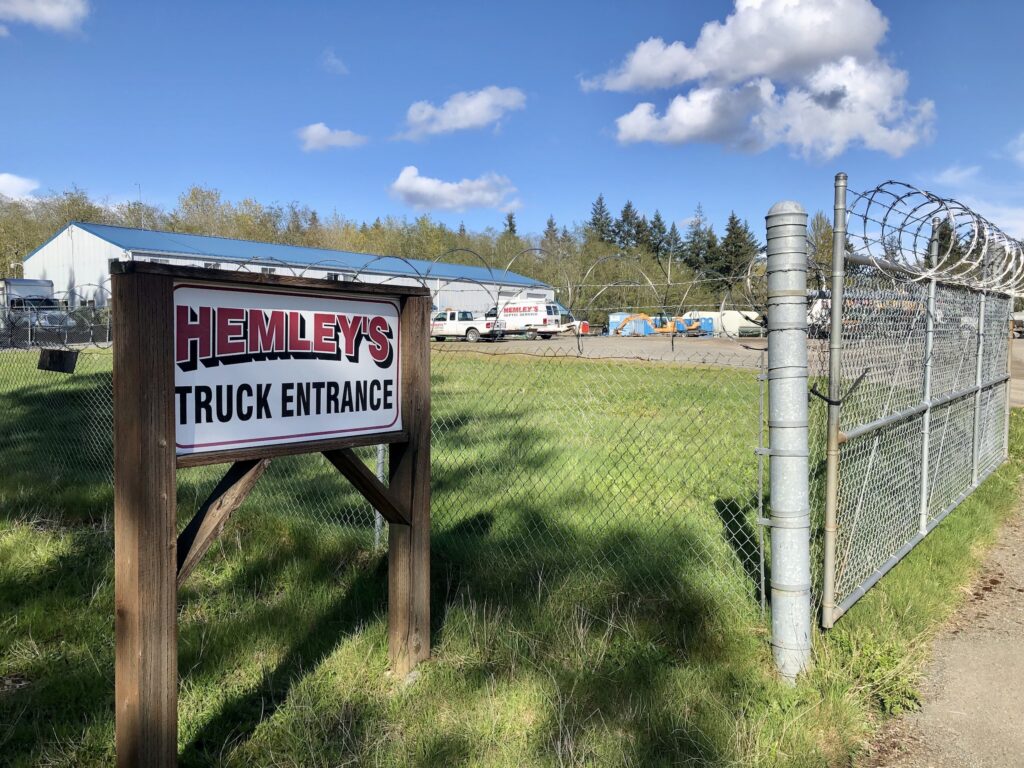 Hemley’s Septic Systems was one of the earliest companies to locate in the industrial area. Ed Friedrich / Gig Harbor Now

At the south, the city is building a new $5.2 million Public Works operations center building on a 5-acre site it has occupied since 1983. The larger facility will provide meeting space, more staff parking, equipment and material storage, administrative offices, staff areas and a decant area where stormwater can be properly disposed.

Nearby, First Western Properties of Tacoma is offering for lease the 13,000-square-foot Bujacich Industrial Building for which the ground is now being prepared. It is expected to be completed toward the end of the year.

Heritage Distilling Company last May consolidated its flagship location near The Inn at Gig Harbor, five scattered warehouses and its administrative office into one of Latitude 47’s five structures. It now occupies all 67,500 square feet of Building B. Though its spirits are produced elsewhere, there’s space to store 10,000 barrels of whiskey. 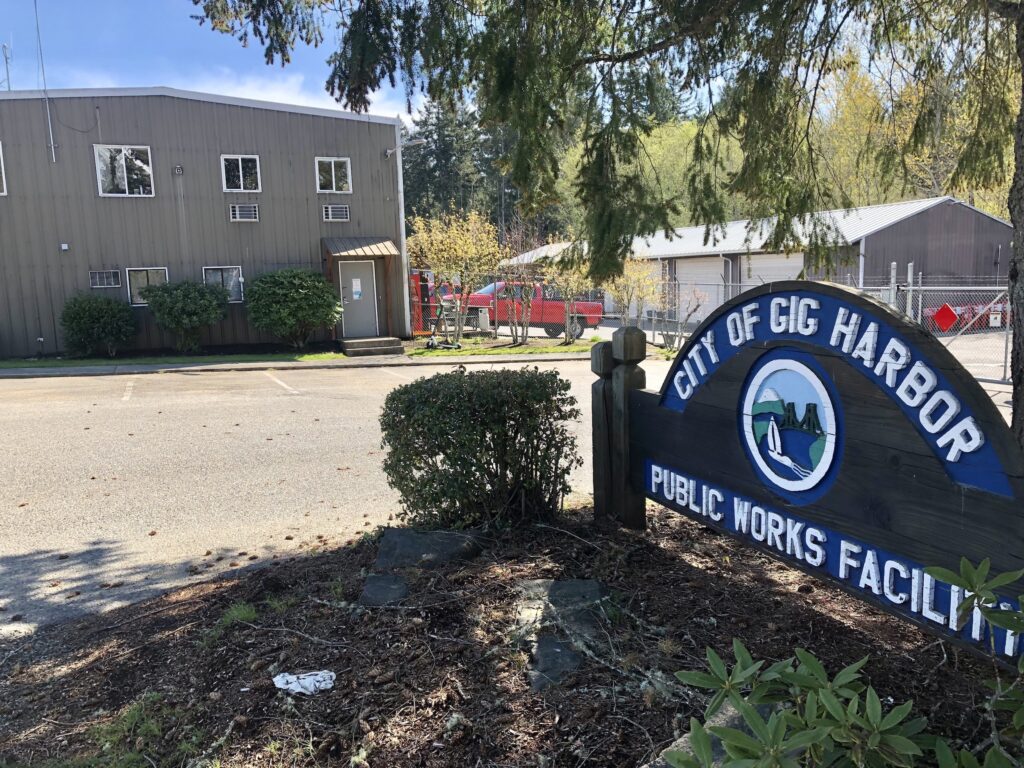 The city has outgrown its 1980s-era Public Works operations building and will be constructing a new larger one on the site. Ed Friedrich / Gig Harbor Now

“It’s flat, for one thing,” said CEO Justin Stiefel, who co-founded the business 10 years ago with wife and president Jennifer. “Some of the locations we were at were on hills and so getting semi-trucks and pallet jacks in them was logistically challenging. Now we have 21 bay doors for semi-trucks. Just having everything under one roof makes it very easy logistically.”

The company, which touts six Northwest tasting rooms, employs 144 people. Twenty-five to 50 can be found at the new site on any given day.

“I believe people who live in Gig Harbor don’t appreciate the level of industrial and manufacturing activity that happens within the city limits, that we have a significant manufacturing economy in town,” Justin Stiefel said, … “(businesses) that want to attract amazing employees who don’t want to waste their time crossing the bridge and realize it’s a fantastic place to work. People don’t want to spend an hour or hour and a half driving to Kent each day, and they thank us for that. You can support industrial and manufacturing activities in a low-impact way and take the impact off the highway.”

The businesses also generate tax revenue for the city. 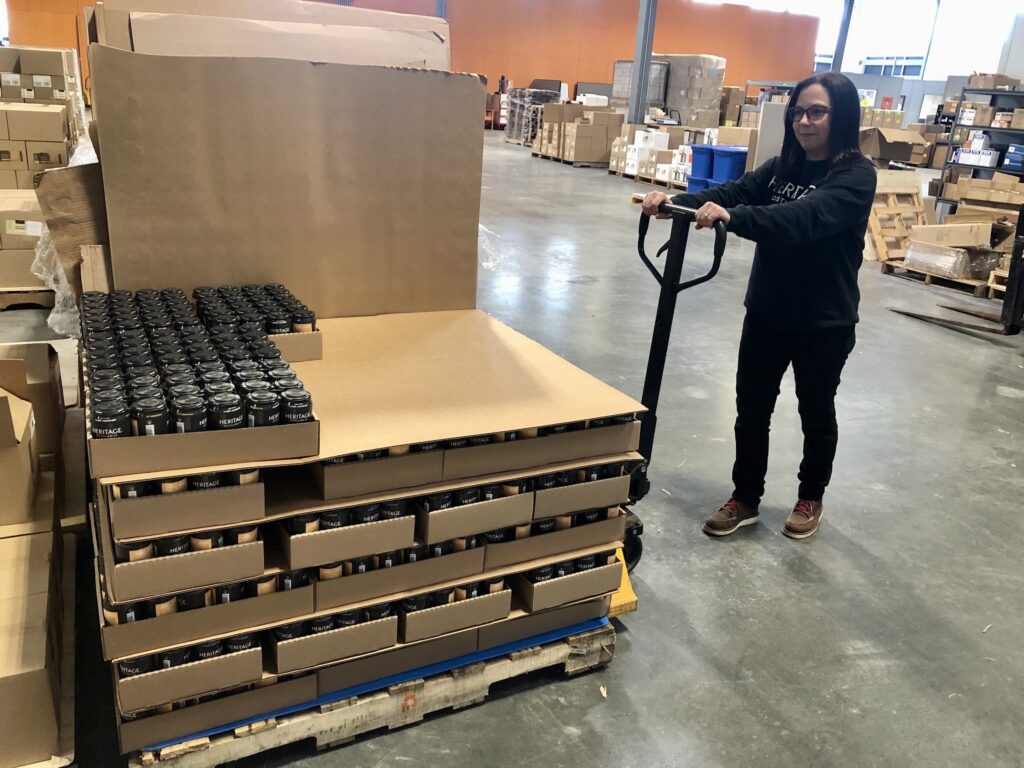 Sewer expansion in the future?

The middle of the employment district is bare because there’s no access to sewers. The city could spur growth by providing the costly infrastructure or wait until developers install it. The city has drawn up the preliminary design for a lift station, but hasn’t proceeded further.

“If the question was asked, ‘What could be done to further bolster this area,’ it would be in my opinion sewer coming in,” Knutson said.

The City Council will likely address the issue as it updates its comprehensive plan, due by the end of 2024. The city must analyze growth against existing infrastructure to determine deficiencies, Knutson said.

“We have new employment targets we’ll be considering as part of the 2024 comp plan update and we’ll be looking to the public on how we want to guide our employment base into the future,” she said.