Posted on April 7th, 2022 By: Vince Dice
Share this article:

Thanks in part to this week’s sunshine, contractors are on track to get two-way traffic moving through the Harborview Drive-Stinson Avenue traffic circle project earlier than first expected, the city announced this week.

If weather conditions continue to be favorable, and barring any ever-worrisome “unforeseen circumstances,” southbound drivers could be moving through the intersection again as soon as the end of May.

The sunshine undoubtedly was also welcomed by downtown business owners. Despite the perceived traffic headaches, a good crowd was evident downtown on a sunny Wednesday afternoon.

To encourage more people to visit downtown shops during the Harborview project, the Gig Harbor Downtown Waterfront Alliance and others have launched the #IlovedowntownGH promotion. 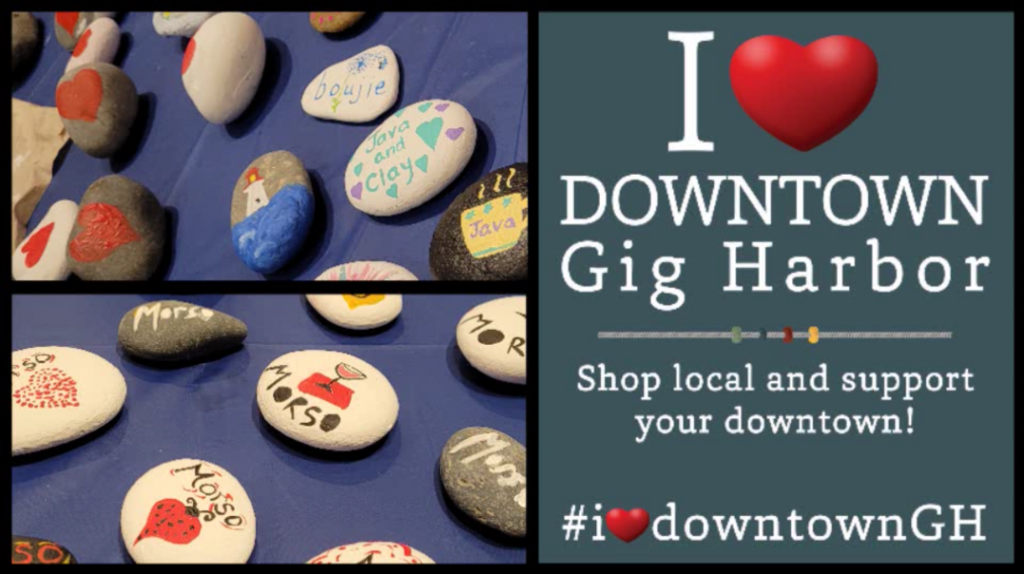 Painted rocks have been hidden around the downtown waterfront area. Each rock bears the name of a business. Anyone who finds such a rock can take it to the participating business to redeem a prize, discount or similar reward.

The city of Gig Habor’s announcement that the project is “on track to reopen the roadway ahead of schedule” comes less than a month after the City Council voted to incentivize contractor Active Construction to get cars moving through the intersection as soon as possible.

On March 14, the council approved up to $75,000 in incentives for Active Construction to finish the job early. The contractor will receive $5,000 for every working day (not weekends and holidays) — up to 15 — that Harborview opens before June 9.

Rendering shows what the completed Harborview Drive-Stinson Avenue project is expected to look like. City of Gig Harbor

The incentives, as well as the recent favorable weather, mean the one-way closure could end as soon as late May. The city was careful to caution, however, that potential weather-related delays and other unforeseen circumstances mean there are no guarantees.

Full completion of the project won’t come until July. The priority is to get traffic moving both directions through the intersection as quickly as possible so southbound drivers don’t have to make the lengthy detour currently in place.

Active has been pouring the curbs, roundabout and islands this week. Base paving is expected to occur next week. 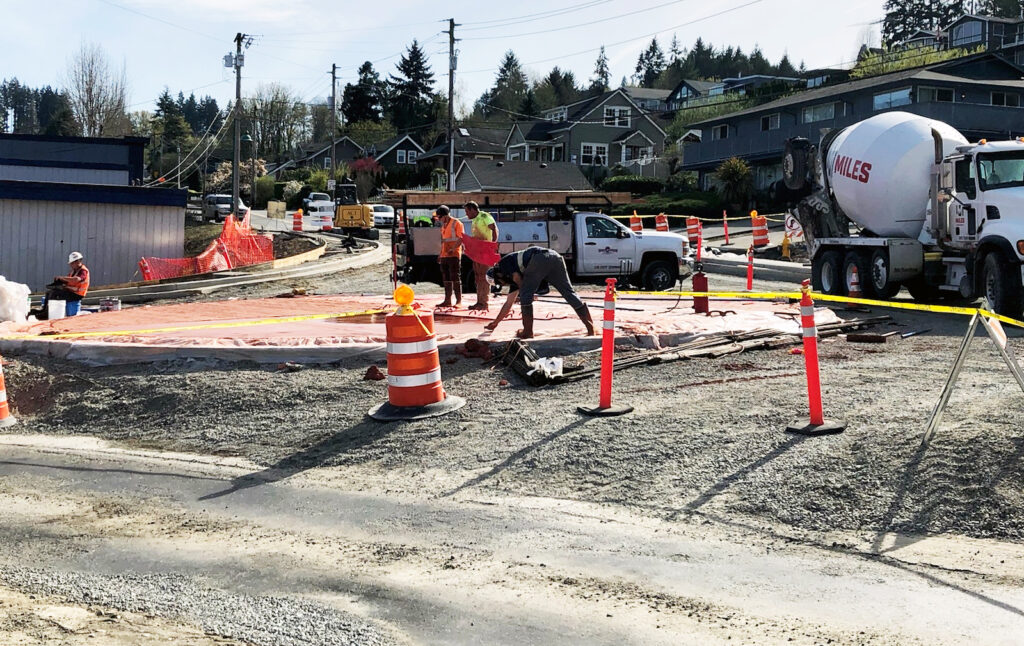 Contractors working on the Harborview Drive-Stinson Avenue roundabout are on track to get two-way traffic flowing through the intersection as soon as late May. If the weather turns bad, the project could be delayed, however. Ed Friedrich