Students in Peninsula School District’s Chinese language classes are joining forces to raise awareness about impending cuts they say will spell an end to the program.

District officials have already made the decision to offer classes only at Gig Harbor High School next year, ending instruction at Kopachuck Middle School and Peninsula High School.

According to Chinese teacher Heidi Steele, the district is now considering axing Chinese 1 at Gig Harbor High because of low enrollment numbers. The move would likely sunset upper-level classes without first-year students to feed levels 2, 3 and 4.

Steele’s students are pushing back with a public action campaign that includes a website, social media feeds and a petition aimed at increasing enrollment and getting the district to change its plan.

The district is reviewing numbers for the 2022-23 school year based on an open enrollment period in March, said Dan Gregory, assistant superintendent for secondary education. Without specifically citing the Chinese 1 class, he said, “Peninsula School District does not have a policy with a ‘cut’ number. However, when registration numbers for a class are below 20, we must consider whether or not to run the course.”

Gregory said the district considers a number of factors, including how the course fits into the overall master schedule and “possible student pathways.”

“For example, we might run the course every other year to increase registration numbers and enrollment,” Gregory said.

‘The program has really impacted me’

Over the weekend, some of Steele’s students took advantage of sunny weather and the Paddler’s Cup event in downtown Gig Harbor to spread their message, handing out fliers and Chinese almond cookies. Materials included QR codes for how to contact district officials and how to access the petition —which had 257 signatures as of Wednesday.

“I’m a fourth-year student, and I would be leaving the program,” said Anna Daetwiler, a junior. “But I’m out here today because the program has really impacted me, and I want younger students to have that opportunity to experience what it’s like to be in Ms. Steele’s class.”

“Chinese is such an important language,” said Mia Morente, a third-year student. “Especially if you’re going into something like business and international trade, it’s almost necessary because English is the first most-spoken, so if you learn Chinese, you speak the two most popular languages in the world.”

Freshman Kaitlyn Stefanski, now in second-year Chinese, talked about the tight-knit feeling among students at all levels of the program.

“I just think it’s a great program, and I made so many friends through this,” she said. “And honestly during the pandemic, this is the main class that kept me sane. It was just a great environment, and I really appreciated everyone who’s in this class, because everyone who’s in Chinese is there for a reason.”

Ninth-grader Ivy Goodkin, currently in Chinese 1 at Gig Harbor High, started the Save Chinese Class website. When she heard about the possible cut, “It really struck me and it really, really made me feel sick.”

The website includes informational articles about the impact of Chinese language and culture on a global scale. There are also impassioned testimonials from current and former students citing the quality of the program and the cultural relevance of learning Chinese.

“I would’ve never cared about eastern culture or China if this class wasn’t randomly offered to me,” wrote Carson A., a Gig Harbor High alum double-majoring in Chinese and economics at UC Davis. “I think it would be a serious oversight not to continue to cultivate student interest in China, especially with Asian hate on the rise with coronavirus. I urge you to continue a class that people care about, unlike other language courses that people see as a forced requirement.”

Many posting on the website said Steele went far beyond instilling the basics of a complicated language; she has fostered cultural appreciation and real-life connections in daily instruction. Several cited China Night, on hiatus since the pandemic, where students shared food, skits, poetry and art. Steele has hosted cultural exchange programs including, in the past, travel to Chinese-speaking countries and currently an online forum with Taiwanese students. 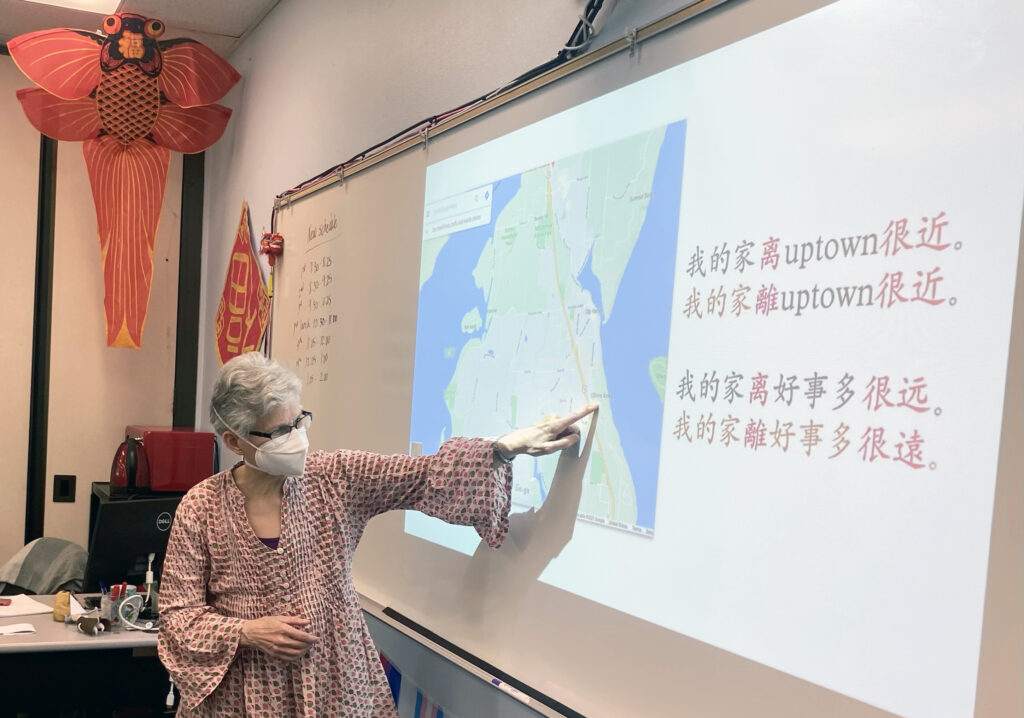 Heidi Steele, Chinese language instructor for Peninsula School District, teaches her class of second-year Chinese language students on Tuesday, March 5, 2022, at Gig Harbor High School. Peninsula students studying Chinese have an online cultural exchange forum with students at Taipei Municipal Zhong-Lun High School in Taiwan. The forum is on a shared Google doc with folders for different categories where students can ask and answer questions of one another. Christina T Henry

Goodkin said enrollment alone shouldn’t be the deciding factor in the program’s fate. Many students perceive Chinese as a difficult language, she said. So fewer students take it and those who do are often highly motivated. Goodkin said small class sizes allow for individual attention.

“That’s why all of us are so interested because it is a small program, and that’s why a lot of us are actually pretty good at Chinese,” she said. “I’m hoping to, of course, raise awareness about the fact that the district’s trying to remove the program because not enough kids are signing up, but also, I want to just showcase why the class is so amazing.”

Gregory, in an email response to Gig Harbor Now, didn’t specifically address the Chinese 1 class. In general, he talked about how enrollment in entry-level classes can impact entire programs.

“When students take entry level classes, we make every effort to provide them with subsequent courses that connect to the entry level class,” Gregory said. “It is problematic when registration numbers in entry level courses are low as we have to either work hard to rejuvenate interest in the course or to phase it out over time.”

But Gregory signaled that the district is open to changing course.

“Students register for the 2022-2023 school year during the open registration period in March. We make decisions on which course to offer or not offer based on information students provide us during the registration process,” he explained.

Once the district knows which courses students are registered for, it starts making decisions on staffing, he said. “If a student comes to us during that time period and wants to change their course selections, we may consider this if the requested changes are significant enough to reconsider course sections.”

Districts are required to let staff know of impending lay-offs or reduction in hours for positions by mid-May. 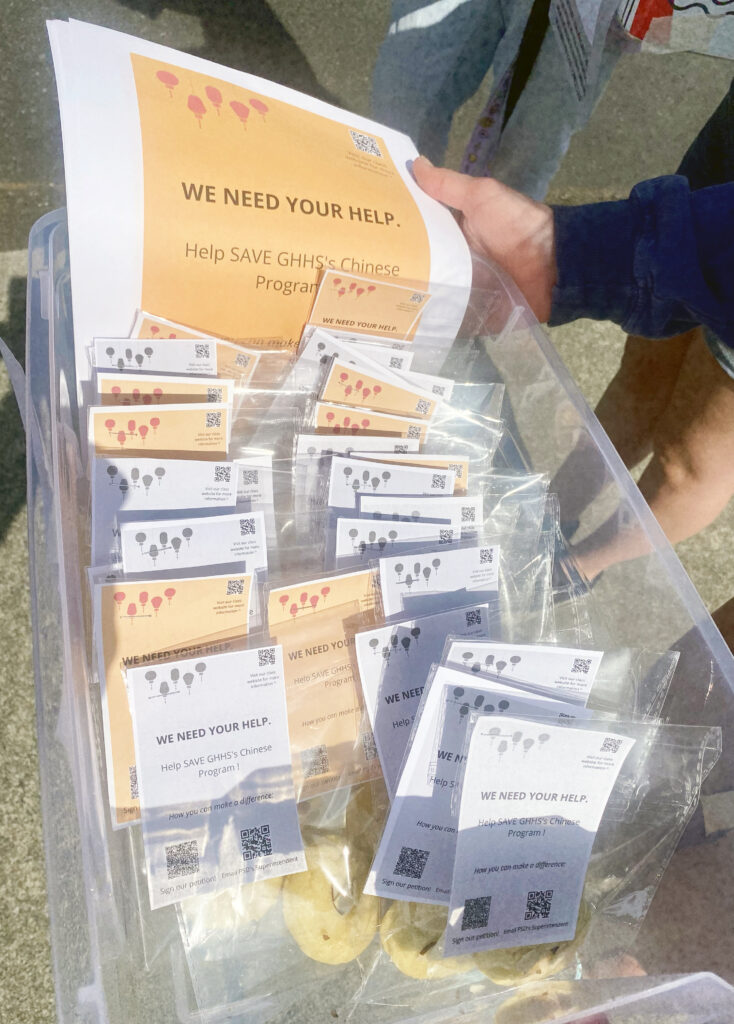