With bond approved, work on new training facility could start next year

Posted on August 3rd, 2022 By: Vince Dice
Share this article:

Construction on the first project to be funded by the $80 million bond approved Tuesday by Gig Harbor Fire & Medic One voters could start next spring, Fire Chief Dennis Doan said.

Local firefighters could be using the new training facility as soon as 14 months after construction begins. The training facility, which will allow Gig Harbor Fire to conduct its own live-fire training, will be the first project to break ground.

That’s the plan, though there’s always a chance the timeline could get extended.

“Our plan is a plan. It depends on how many contractors apply, what the bids look like” and myriad other factors, Doan said. “We’re excited to get going.”

Updated totals released Wednesday by the Pierce County Auditor’s Office showed 66.21  percent of voters backing the bond. The fire district is already engaging with architects. Some permitting is already in place.

Next steps include getting an updated bond rating, selling the bonds and going out to bid in January. Doan said the district would “break ground as fast as we can.”

The training center will be located on property the district already owns on its campus near the corner of Bujacich Road and Sehmel Drive. The building will be 17,000 square feet, with four stories and a training tower. Bond funds will build an 11,400-square-foot support structure nearby.

In addition to the training complex, the bond will pay to demolish and rebuild Station 51 at its current location on Kimball Drive.

Bond fund also will pay for major renovations for Station 58 on Bujacich Road; Station 53 on Fox Island; Station 57 on Crescent Valley Drive; and Station 58 in Artondale.

Cancer is the leading cause of line-of-duty death among firefighters, according to the International Association of Fire Fighters. 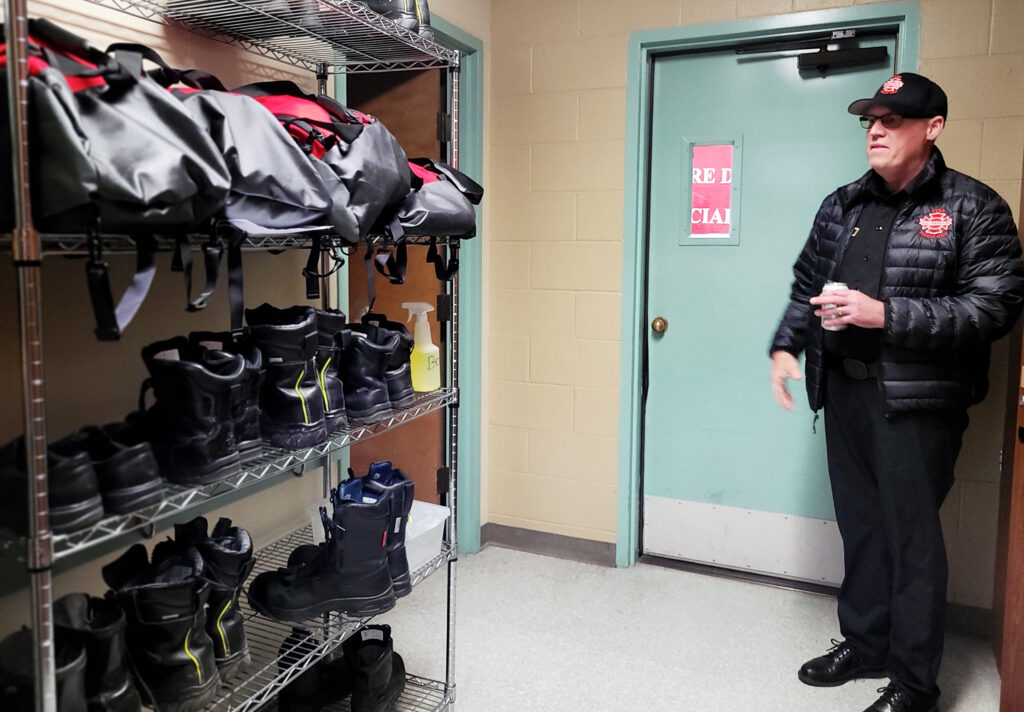 Gig Harbor Fire does not normally staff the Fox Island station full time, but it will during construction. While the Station 51 is demolished and rebuilt, fire companies from there will move to Fox Island. The same will happen with major remodels at the other stations.

Construction will continue into 2030. The completed stations will have amenities appropriate to a modern workplace and workforce. That includes locker rooms for both genders, which the stations currently lack.

Vote-counting continues, but “yes” votes have a commanding lead. Gig Harbor Fire celebrated the apparent election victory Wednesday. “The weight of getting it done on time and on budget will hit our shoulders” Thursday, Doan said.

“We really appreciate the community support for both our firefighters’ and our community’s safety,” Down added. “I truly believe this bond will save lives.”

Wednesday’s count also did little to change the shape of the 26th Legislative District Senate race. Democratic incumbent Emily Randall has 52.38 percent of the vote, while Republican challenger Jesse Young has 43.95.

A second Republican, David Crissman, has 3.58 percent of the vote. Crissman neither raised money nor attended campaign events.

The Auditor’s Office estimates that 48,000 votes still must be counted countywide. It’s unclear how many of those are from the Gig Harbor area.